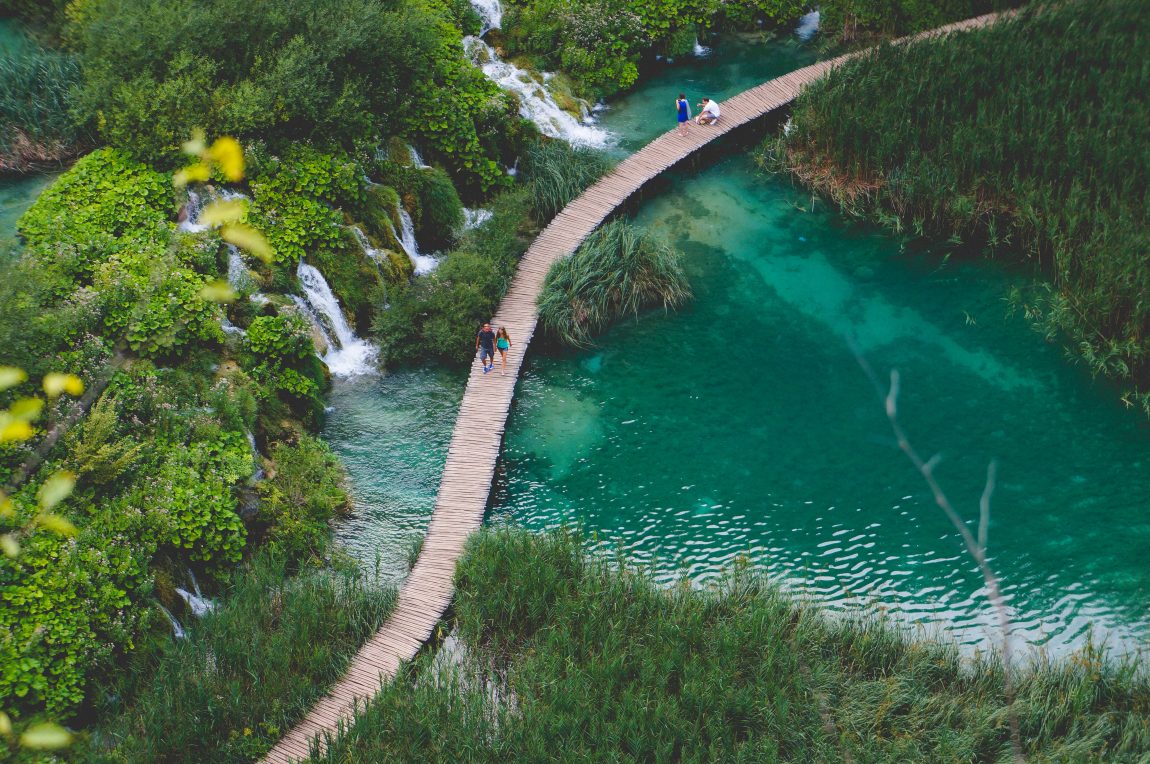 Croatia is a land of unparalleled natural beauty. From the rolling hills and small, homey ancient villages of Istria – where you’ll find Croatia’s truffle-hunters and vineyards – to the grand national parks of Krka and Plitvice Lakes. There’s no end to the jaw-dropping spectacles of Croatia’s natural landscape. And an integral part of the landscape, perhaps even the very source of its beauty, is its selection of breath-taking waterfalls.

The waterfalls of Croatia are varied in size and scope, with some of them towering overhead and creating a roar like a herd of lions. Others spread seamlessly through quiet villages, blending the homes and livelihoods of locals with the natural landscape. Some waterfalls are tiered and layered, creating almost endless opportunities for photography and exploration, but which is the best waterfall in Croatia for you?

Let’s take a look at some of the most incredible waterfalls of Croatia, which come in all shapes and sizes but every one of them is a spectacle.

Plitvice Lakes National Park is home to many of Croatia’s most hauntingly beautiful waterfalls, and Veliki Slap not only has an excellent name but is also, at a height of 78m, the very tallest of Plitvice Lakes National Park’s waterfalls. As a bonus, it’s also found near the entrance to the park, giving you an incredible sight to begin your adventure across the park.

When people talk about this being the best part of the park, Veliki Slap is one of the reasons why. It’s a layered and fantasy-looking waterfall that cascades down layers of powerful rock which takes your breath away completely.  Check out these tours to the Plitvice Lakes National Parks.

Think of Sastavci as the little sister to Veliki Slap. It’s a smaller waterfall (26m high) that sits in the foreground of Veliki Slap, almost as though they’re taking a family photo. What’s so divine about this waterfall is the way that it’s layered; rather than the water falling all in one place, it streams in and over from different angles, creating an alluring and encompassing kind of atmosphere. Visiting Satavci is like entering a fairy glade out of a fantasy novel. The other national park in Croatia that houses many of the country’s finest waterfalls is Krka National Park, and Roski Slap is one of its most captivating waterfalls. Despite this, and despite how much there is to see and do here, it’s one of the lesser-known waterfalls of Croatia. Which is staggering when you consider the hiking trains around the waterfalls which reward you with a captivating view of the Krka River.

There’s even a cave network you can tour to get an idea of the hidden depths of Krka National Park!

accommodation near the Krka National Park

The most fabulous thing about this particular waterfall is how it weaves its way through the area. It’s layered, tiered, and spreads itself out so you can explore and adventure to your heart’s content and see it from so many different angles. It’s a network of waterfalls that flows around and through and between islands and ponds. The crown sight of the waterfalls is a sort of crescent of white falls which all pour out of thick vegetation and into a turquoise pool of calm. An incredible experience!

This is perhaps the most unique waterfall in Croatia as it serves as part of the border between Croatia, and Bosnia and Herzegovina. Strbacki Buk is part of the Una River, and on the Croatian side it’s nestled within the Una Mamea Park – a stunning slice of the varied and colourful natural landscape of Croatia. This waterfall is surrounded on both sides by thick, green foliage that spreads far and wide.

If you face the waterfall and stand to the right, you can follow a trail through the woodland which leads to an open patch of green parallel to the top of the waterfall. There, you’ll find a park bench to relax at and watch as the falls cascade and roar beside you. Especially if you visit during the Spring, or the Autumn time, as the seasons are changing and the contrast between the turquoise waters and the brightly coloured leaves is simply jaw-dropping in its natural beauty. This waterfall can be found at the very centre, the beating heart of the Upper Lakes in Plitvice Lakes National Park and the sight of it alone will take your breath away. Many of Croatia’s grandest waterfalls may be found in its national parks, but not all of them. Rastoke, a canyon and village in Croatia, is home to a huge number of waterfalls. In fact, the village is 50% houses and buildings, 50% waterfalls. The falls vary in size and spread themselves across the entire village and canyon. Simply wander the village and admire how the sound of the flowing water and the waterfalls invades every corner of the area.

It’s a blissful little paradise that you simply won’t want to leave. At the top of the village’s largest waterfall you’ll even find ancient water mills sending you back in time to the ways of our medieval European ancestors.

Kotli is a medieval village in the open wilderness district of Istria – Croatia’s land of wine and truffles. In the day Kotli was a renowned village, prosperous and known for its mills. They remain to this day, though now as examples of how life was once lived in Croatia. Here, you’ll also find a waterfall that is as much a part of the village as it is the landscape.

It’s not a grand spectacle of a waterfall but it does showcase gloriously and impressively how in-tune Croatians are with the incredible landscape that makes up their country, as the waterfall was used to power their mills and make the village prosperous and beautiful. How to get from Dubrovnik to Kotor by bus