How to Get from Bucharest to Transylvania + the best stops! Romania’s landscape is a magnificent beast that deserves to be conquered and understood. Across this, open and rugged terrain are big modern cities like the capital of Bucharest, as well as the hundreds of medieval towns and villages found in Transylvania. The first, and arguably the best way to get from Bucharest to Transylvania is by doing it yourself. Rent a car in Bucharest and set out on the open road, stopping at all the places mentioned below and spending as much time at each place as you want.

Renting a car can be a little scary in a new country but the best thing about renting a car in Romania is that it’s cheap. You can rent a car in Romania for just a few dollars a day, meaning it’s something you could afford to do for up to a few weeks. And, while driving in the bigger cities can be a little scary because of aggressive local drivers, driving between the towns and cities and across the Romanian landscape is chilled and blissful.

A great option is renting a car in Bucharest and heading north to Brasov. Along the way, you can stop at the towns of Ploiesti and Campina, as well as Bran Castle and Peles Castle. Once you’re in Brasov, stay for a few days and use your rental car to take a day trip or two to nearby smaller towns in Transylvania. In just one day you can reach Bran Castle and Peles Castle (in case you missed them on the way to Brasov).

Make sure you have insurance when hiring a car.  I recommend SafetyWing or World Nomads. Photo by Fabrizio Verrecchia on Unsplash

Another option is to travel by train from Bucharest to Brasov. The journey by train takes a little under three hours, is cheap and direct. This is the simplest, quickest, and most stress-free way of getting from Bucharest to Transylvania. Brasov is the southernmost city in the Transylvania area and, from there, you are free to take a day trip to whatever town or castle you feel like.

The downside is that taking day trips is so much easier with a rental car. So, while you can take a train from Bucharest to Brasov, you’ll still need to hire a car once you’re there in order to take a day trip to Bran Castle and the other great nearby towns. There is a benefit to this: hiring a car in Brasov is easy, and it has the benefit of avoiding the aggressive drivers of Bucharest completely. With that in mind, taking a direct train from Bucharest to Brasov and renting a car for day trips from there is perhaps your best option.

Now that we’ve discussed the two different ways of getting from Bucharest to Transylvania, where should you stop along the way? Or, alternatively, which day trip journeys should you take once you’re in Transylvania? Inarguably, Bran Castle is the most famous, most popular, and biggest must-see castle in all of Romania. And, luckily, it is en route from Bucharest to Transylvania. But why is Bran Castle the number one stop on the way to Transylvania? Well, Bran Castle’s fame comes from its connection to both Bram Stoker’s Dracula and the book’s original inspiration: Vlad the Impaler, medieval ruler of Wallachia.

Bram Stoker’s world-famous gothic novel took its name directly from Vlad the Impaler, whose true name was Vlad III Dracula. Beyond that, the castle that featured in the novel is said to be heavily inspired by Bran Castle itself, meaning that fans of Dracula have been flocking to Bran Castle for decades. While its unclear if this is historically accurate, the fact remains that Vlad Dracula was a Romanian ruler with a taste for brutality in war, and Bran Castle is nonetheless a dramatic and powerful medieval Romanian castle.

The 14th-century castle is now an open-air museum that houses much of the furniture and valuables of Queen Marie a 20th-century member of the British royal family who married the king of Romania and became their queen. As is clear to see here, Bran Castle has a wealth of cultural and royal history to explore, making it an unmissable day trip from either Bucharest or Brasov. Like Bran Castle, Peles Castle is also a museum which has so many untouched rooms to explore and marvel at. While it was a royal residence initially, Peles Castle is now publicly owned, and as such the museum is thriving and beautiful. It’s also beautiful all year round, changing with the seasons in a magical manner. Photo by Daniela Turcanu on Unsplash

Brasov is the final stop on your journey from Bucharest to Transylvania. Once you’ve arrived at Brasov, you’ve made it into Transylvania. Brasov, as such, is a great base from which to take frequent day trips to other historic and picturesque parts of Transylvania.

Brasov is surrounded by the Carpathian Mountains, and within the city is a wealth of gothic, renaissance and baroque architecture. When you first arrive in Brasov, the first three locations to visit, explore, and photograph are the Old Town Hall, the Black Church, and Council Square. These three locales together are a perfect representation of the charm and historic beauty of Brasov. The town also has defensive fortifications that have stood for more than five hundred years and were originally built to keep invaders from all sides out of the city. Brasov is, in short, one of the most historic places in Romania. 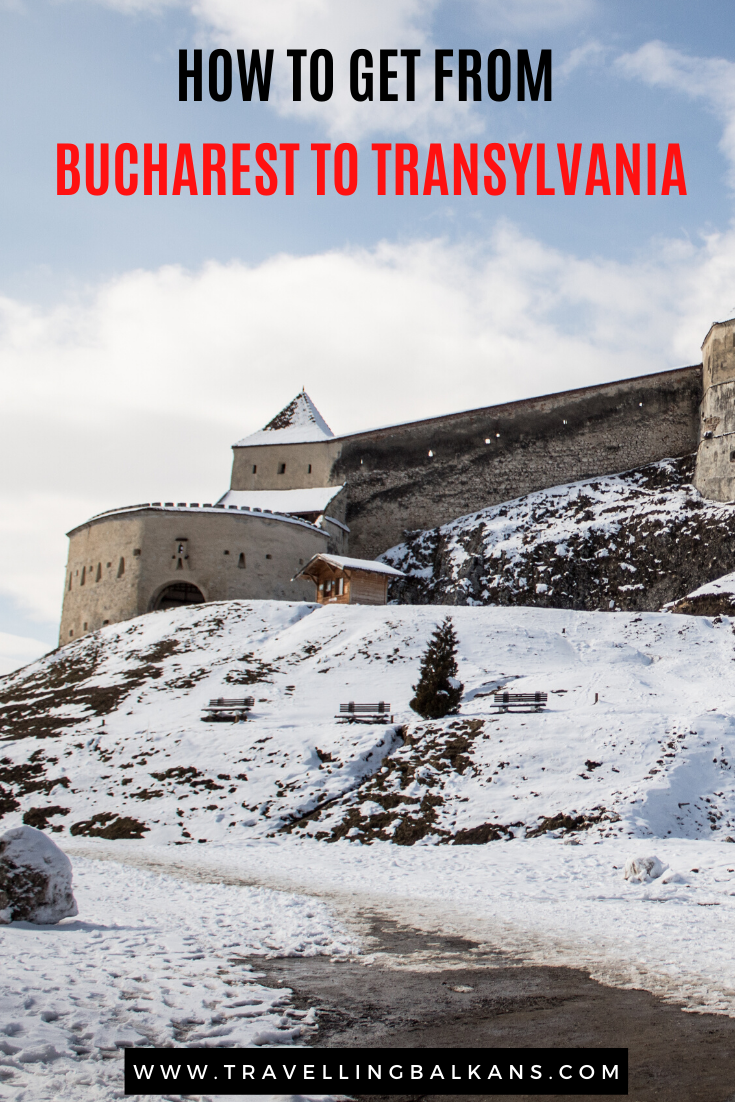 How to get from Brasov to Bran Castle

26 Unique Things To Do in Montenegro